With boiling temperatures on the (probably) last hot summer weekend this year the lads of FCKP I had to face 4 teams on the last remaining matchday of the season. The initial position before the matchday was promising. The team had 5 points advantage towards the 2nd and 3rd placed in the table, Halbe Lunge and Phönix Wartenberg.

The first match we played against Phönix Wartenberg, encouraging attacks on both sides were the result. We played it calm and looking always forward to come through the middle rather than on the wings. The biggest chance had the opponent hitting the high post in the middle of the game. Meanwhile struggled Amir with a wide open shot which flew just accross the bar. Nevertheless we saved the draw over the time and were happy with a won point over a direct enemy.

Right on we played against the 5th placed team of Wartenberger Badboys. A harmless seemed opponent which made us having am hard time in defense but the last touch and lack of aim were never dangerous for Marian in the goal. We tried aswell to get through the middle most of the time and finally we could break through with a nice double-pass combo “Amir-Diego-Amir” to score in the lower left corner for the 1-0 victory.

After a game free break we had to face the guys of “Halbe Lunge” (translated: half lung), which were placed 2nd in the table and had no game so far this day, kinda fresh out of the oven and ready to play us. They played well shifting the ball inbetween their lines but never really managed to come near the goal because our defense (Pablo, Jesus, Toni) was just well organized and cleared their passes out of the danger zone. Our 1-0 victory we scored via the left side close to the post when Steffen played a low ball towards Abdel who did not hesistate much and used his left foot to score direct into the opponents net. We managed to rescue the lead over the final time and new we won the title already, as Halbe Lunge was 9 points behind us already.

The last game was against our II-team of James (C) and we decided to drop Steffen in the goal so Marian could play forward. As always it was no “Zuckerschlecken” when the both teams play against eachother. Clement of FCKP-II missed an open cross coming from the left side and set it above the goal. Of course it paid back in the last minutes when a bounced off ball from the FCKP-II goalie Ezequiel dropped on Amirs foot and scored it into the lower left corner one more time for our 1-0 victory.

With 3 wins and one draw out of four games we finished the table with 66pts and 6 points ahead of the second placed team. 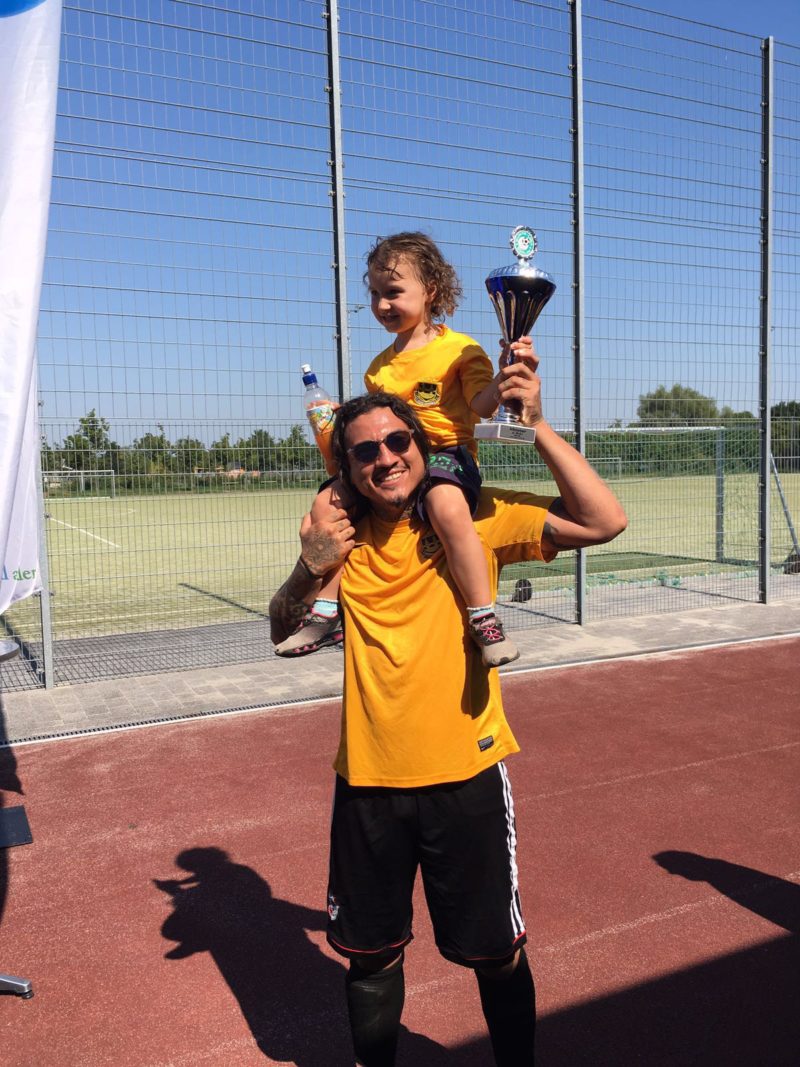 Verwendung von Cookies: Um unsere Webseite für Sie optimal zu gestalten und fortlaufend verbessern zu können, verwenden wir Cookies. Durch die weitere Nutzung der Webseite stimmen Sie der Verwendung von Cookies zu. Weitere Informationen zu Cookies erhalten Sie in unserer Datenschutzerklärung. We use cookies to ensure that we give you the best experience on our website. If you continue to use this site we will assume that you are happy with it.Ok, VerstandenDatenschutzdisclaimer